Buying a Sur-Ron Light Bee electric dirt bike can be confusing with all the different models on the market. In this article we'll look at which Sur-Ron model is which, along with where to buy the bikes. We won't go into specifications, pedal kits, or parts in this article.

The Sur-Ron electric dirt bike is made by Hangzhou Qiulong Technology Ltd located in Chongqing China, about 900 miles south of Beijing. The company was started at the end of 2014, funded with seed money from noted VCs such as Xiaomi and Sequoia. 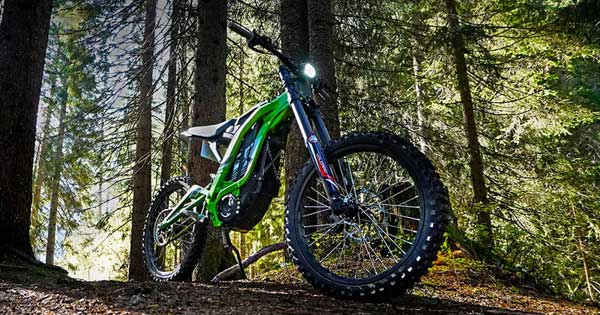 Luna Cycle is (currently) the exclusive distributor of Sur-Ron electric dirt bikes in America, but Luna Cycle has been around long before the Sur-Ron dirt e-bike arrived. In addition to the Sur-Ron, Luna has a full range of regular e-bikes, great customer service, and a knowledgeable staff. They don't sell the smaller Light Bee S - only the larger Light Bee which they call the X-Bike.

Luna Cycle is located in El Segundo California, and the bikes are shipped from their warehouse via Fed Ex. If you're on the East Coast, check the current return policy and any return or replacement shipping costs before buying.

The Sur-Ron USA website is run by a Californian named Kim who's a machinist by trade and a dirt biker by choice. He used to be friends with Eric, the guy who owns Luna Cycle. 'Used to be' is the operative phrase there; apparently they had a falling out, and although you can't buy the Light Bee from Sur-Ron USA, it might be a good source for Sur-Ron parts and upgrades. **Update - a week or so ago (mid-February 2021) the Sur-Ron USA website changed completely, and all the previous info is gone. You can now purchase the Sur-Ron Light Bee from the site.

In 2019, Segway-Ninebot partnered with Sur-Ron to distribute the Sur-Ron Light Bee electric dirt bikes. Segway chose the name X260 for the Light Bee, and X160 for the smaller Light Bee S. The Segway dirt bikes are essentially the same as the Sur-Ron bikes as far as batteries, frame size, power, etc. The main difference between the Sur-Ron and the Segway is the app interface, but either app offers a degree of adjustment to the throttle, regen braking, and tracking abilities.

Currently, Amazon (sometimes) sells the Segway-Ninebot version of the Sur-Ron, but only the smaller X160, not the larger X260. It's the same bike you'd get at Segway so it's worth comparing prices, and there are more reviews on Amazon than on Segway. Amazon does have a few Sur-Ron parts, but you need to know what you're looking for in order to find them. The bonus with Amazon is the free shipping, trusted payment process, and great return policy.

The Sur-Ron Storm Bee is the second full-size electric dirt bike slated to be released by Sur-Ron. It's bigger and more powerful than the Light Bee and was previewed at the EICMA (International Cycle Motorcycle and Accessories Exhibition) in 2019 with promises of a late fall release in 2020. For whatever reason(s) the launch has been delayed, and thus far in 2021 the Storm Bee still remains in its hive.

The first video is a Sur-Ron assembly instruction video, and the second shows the Sur-Ron app tracking a route: